The explosions occurred as students between 11 and 15 years old, were leaving Sayed ul Shuhada High school for home at around 4.30 p.m. (1200GMT) and most of the victims are young girls, Dr. Mir Wais, spokesperson for the ministry, told Anadolu Agency.

The Sayed-ul-Shuhada High School is located in Dasht-e-Barchi area of Kabul with a large population of the minority Shia Muslim Hazara community, which has been targeted with multiple attacks over the years.

Videos circulating on social media showed utter carnage at the site as young schoolgirls splattered with blood can be seen screaming for help.

TV footage showed chaotic scenes outside the school, with books and school bags strewn across a bloodstained road, and residents rushing to help victims.

At the Sayed ul Shuhada high school, girls and boys study in three shifts, the second of which is for female students, Najiba Arian, spokeswoman for the Ministry of Education, told Reuters. The wounded were mostly female students, she said.

President of Afghanistan Ashraf Ghani claimed the Taliban was involved in the bombings.

“The Taliban, by escalating their illegitimate war and violence, have once again shown that they are not only reluctant to resolve the current crisis peacefully and fundamentally, but are complicating the situation,” he said.

“We are deeply saddened to receive the news that the detonation of an explosives-laden vehicle in a terrorist act during the time of Iftar at the entrance of a school in the Dast-i Barci district of Kabul, the capital of Afghanistan, has today (May 8) claimed the lives of at least 30 civilians, including students, and left over 50 people injured,” the Foreign Ministry said in a statement.

It “strongly condemned this inhumane terrorist attack on the blessed Laylat-al Qadr, condemn its perpetrators and hope that they will be brought to justice.” 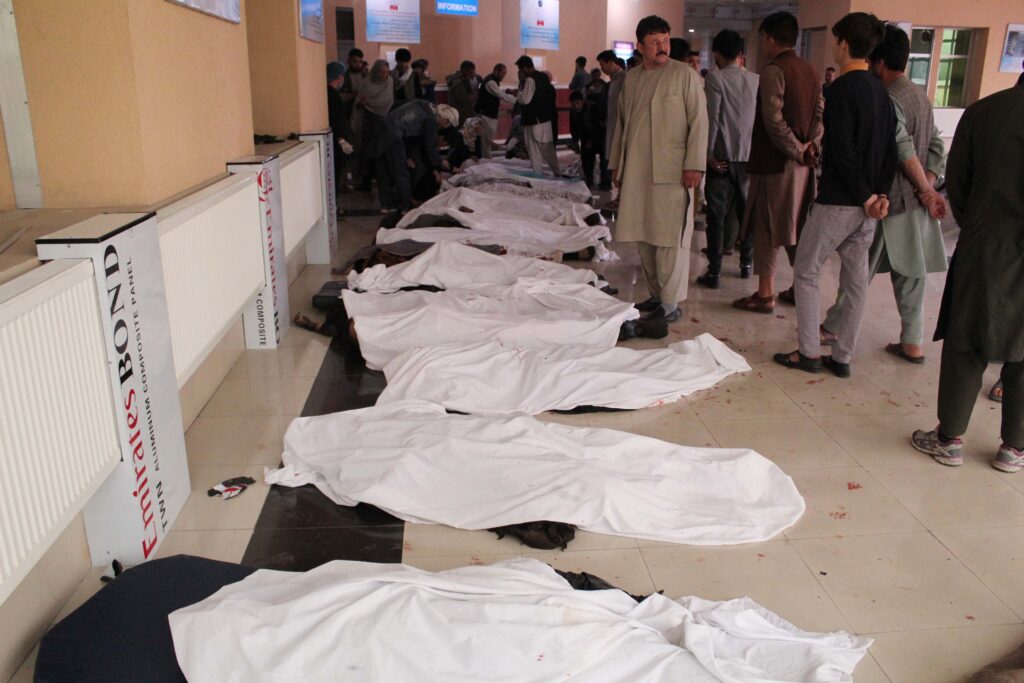 US diplomat in Kabul, Ross Wilson, called the blast “abhorrent”, tweeting: “With scores murdered, this unforgivable attack on children is an assault on Afghanistan’s future, which cannot stand.”

The European Union delegation in Afghanistan condemned the attack as a “despicable act of terrorism”.

“Targeting primarily students in a girls’ school, makes this an attack on the future of Afghanistan. On young people determined to improve their country,” it said on Twitter.

The United Nations Assistance Mission in Afghanistan (UNAMA) expressed its “deep revulsion” at the blast.

“The UN family in #Afghanistan expresses its deep revulsion at today’s blasts in Dasht-I-Barchi #Kabul. An atrocity. Many civilians killed & injured. Our heartfelt condolences are with the victim’s families & we wish a speedy recovery to those hurt,” it tweeted.

Pakistan’s foreign ministry called the attack “reprehensible” and vowed to support Afghanistan in its peace efforts.

The Taliban have denied involvement in the attack and no other group has come forward to claim responsibility.

Additional Report by The Muslim News