DHAKA, Bangladesh (AA): Police in Bangladesh arrested a Hindu teenager Monday for an allegedly offensive post on Facebook against Islam’s holiest site, the Ka’bah, that went viral, triggering communal violence in the country.

Paritosh Sarkar demeaned the holy Ka’bah in the post on Sunday, sparking discontent among Muslims in the northern district of Rangpur.

Angry mobs gathered within hours and reportedly set fire to at least 30 Hindu homes as well as temples, according to local and police sources.

Hundreds of panic-stricken Hindus took shelter at nearby places and in open fields. Members of law enforcement agencies and fire service units rushed to the sites and brought the situation under control. 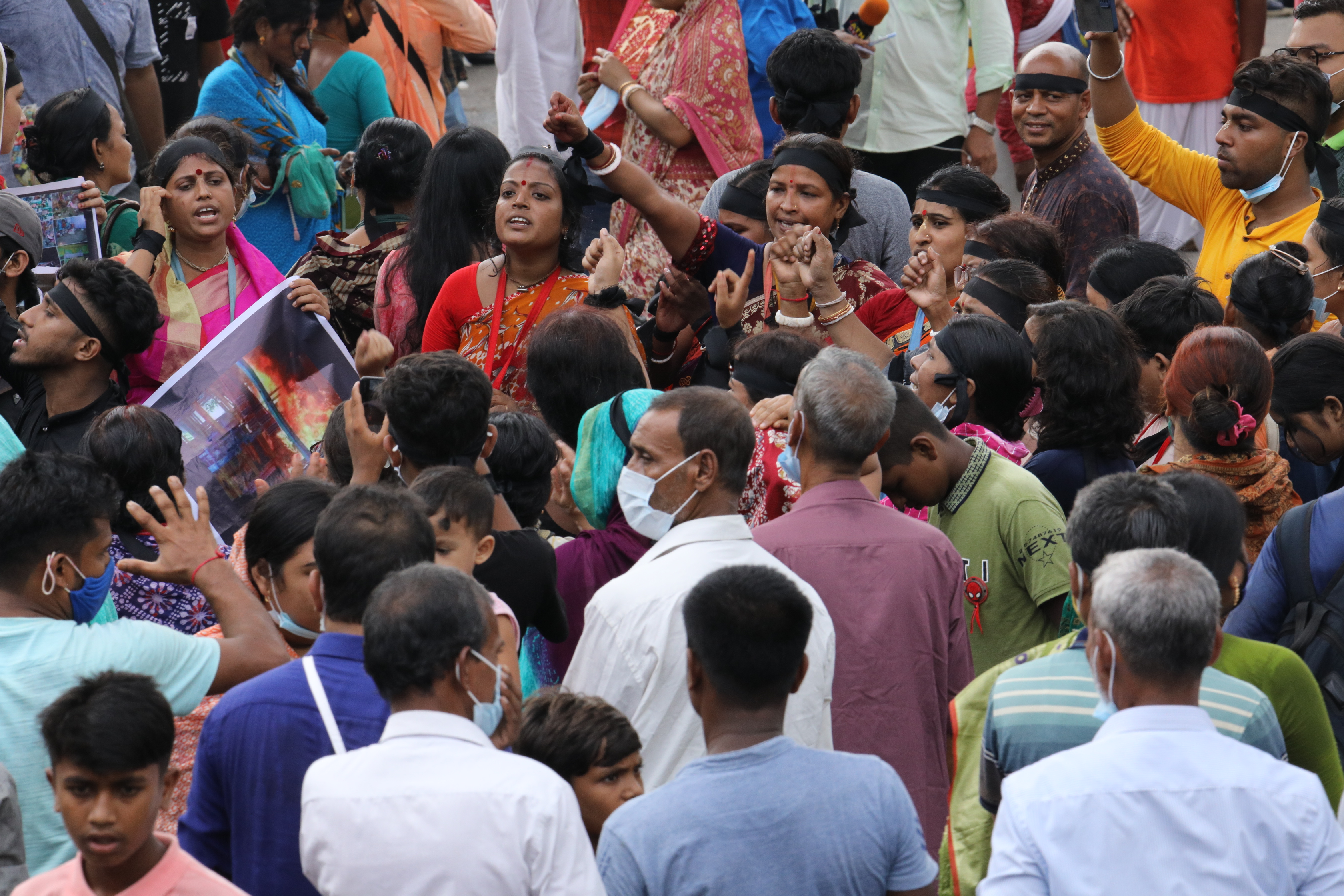 Following the incidents, police conducted an investigation and 45 suspects had been detained as of Monday evening, Home Minister Asaduzzaman Khan Kamal told journalists at a briefing.

Police also started searching for the Hindu teen behind the post and located him in the neighboring district of Joypurhat, Devdas Bhattacharya, deputy inspector general of police of Rangpur Range, confirmed to the media Monday night.

The South Asian country has been experiencing rare communal unrest since last Wednesday when a photo went viral on social media showing the Muslim holy book, the Qur’an, placed on the thigh of a Hindu deity.

Muslims in various parts of the country attacked hundreds of Hindu temples and homes. They also clashed with police, leaving at least five dead and over a hundred injured.

Meanwhile, the home minister told journalists that all damaged homes and temples would be rebuilt as Prime Minister Sheikh Hasina had ordered it.

Members of the Hindu community in various parts of the country held demonstrations Monday in protest against the attacks, including in the capital Dhaka.

UN Resident Coordinator in Bangladesh Mia Seppo in a tweet called on the Bangladeshi government to ensure the protection of minority Hindus and conduct an impartial probe into the attacks on Hindu temples and homes.

“Recent attacks on Hindus of Bangladesh fueled by hate speech on social media are against the values of the constitution and need to stop,” Seppo said.

[Photo: Muslims protest outside the National Mosque after alleged “dishonouring” of the Qur’an in Comilla in Dhaka, Bangladesh on October 16, 2021. Photographer: STRINGER/AA]