KARACHI, Pakistan (AA): At least four people were killed and a dozen injured Wednesday in a blast in the parking lot of a five-star hotel in southwestern Pakistan, an official said.

Plumes of fire and smoke billowed into the air as rescue workers were seen placing the injured and lifeless bodies on stretchers and shifting them to ambulances.

Confirming the death toll, Deputy Commissioner Aurungzeb Badini in a tweet said that the fire caused by the blast has been extinguished. 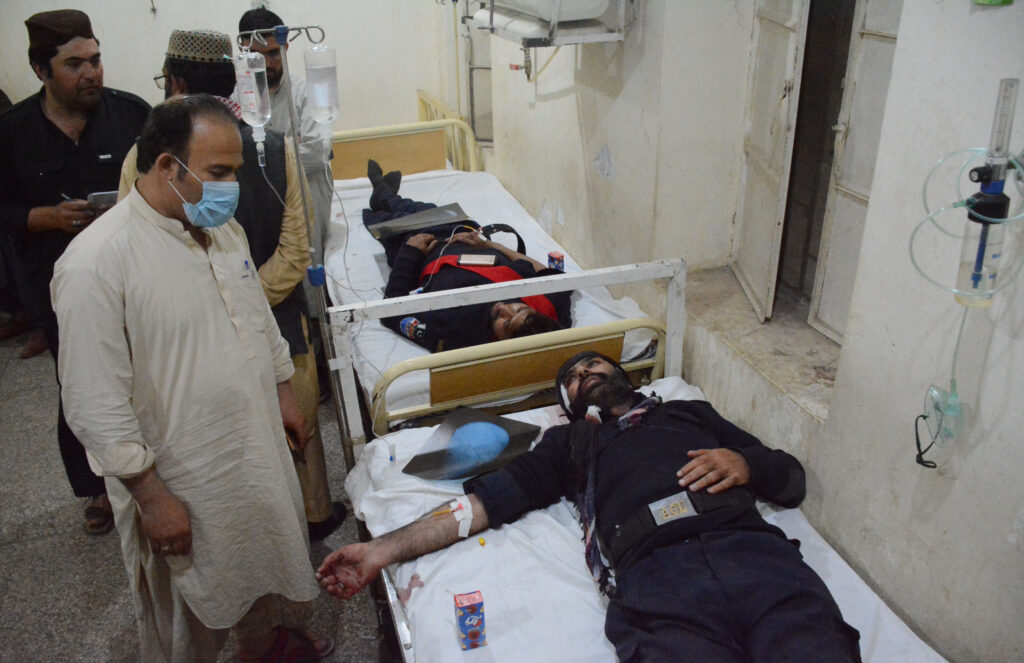 [Injured people are seen at a hospital after an bomb explosion at Sereena Hotel in Quetta, Pakistan April21,2021. Photographer: Mazhar Chandio – Anadolu Agency]

Interior Minister Sheikh Rasheed Ahmed said the Chinese ambassador to Pakistan was lodged in at the Serena hotel, but not present there at the time of the blast. The ambassador is safe, Rasheed told reporters

Prime Minister Imran Khan condemned the attack saying he was “saddened by the loss of innocent lives.

“I am deeply saddened by the loss of innocent lives in the condemnable and cowardly terrorist attack in Quetta. Our nation has made great sacrifices in defeating terrorism and we will not to allow this scourge to rise again. We remain alert to all internal & external threats,” he tweeted.

Two assistant commissioners of the Balochistan government, who were present in the hotel when the blast occurred, were injured and taken to the Civil Hospital Quetta.

The banned Tehreek-e-Taliban Pakistan (TTP) has claimed responsibility for the Serena hotel blast. A spokesman for the TTP said, “Our suicide bomber used his explosive filled car in the hotel.”

The region is a key route of the multi-billion dollar China Pakistan Economic Corridor (CPEC) project, part of the ambitious Belt and Road Initiative.

Police are investigating the nature of the blast. Initial reports suggest that the explosive material was planted in a parked vehicle.

Health officials fear a rise in casualties as the condition of several injured was stated to be critical.

Over the course of the last decade, the Balochistan province — especially its capital Quetta — has faced a deadly wave of violence in which over 2,200 people have been killed, according to the local media.