In addition,, Israeli warplanes on Wednesday bombed security centers and police headquarters of Palestinian resistance groups in the Gaza Strip.  Dozens of bombs were dropped within a few minutes in the south, north, and central parts of the Gaza Strip, Anadolu Agency has learned.

The military wing of Palestinian group Islamic Jihad said Wednesday that it has targeted Tel Aviv and other Israeli cities with 100 more rockets in response to Israeli attacks on civilian settlements in Gaza.

“We launched a powerful attack on the enemy at 5 a.m. this morning in retaliation for attacks against civilian settlements and civilians,” Al-Quds Brigades said in a statement.

It said the cities of Tel Aviv, Ashkelon, Beersheba and Sderot were targeted.

After performing the dawn prayer, Palestinians gathered at Haram al-Sharif, the compound which houses the mosque and the Dome of the Rock in East Jerusalem.

Palestinians pelted stones at the Israeli forces in retaliation.

Israeli police also targeted Palestinian youths at the Bab al-Magharib, one of the gates to the mosque, causing multiple injuries to protesters.

The police action is ongoing. 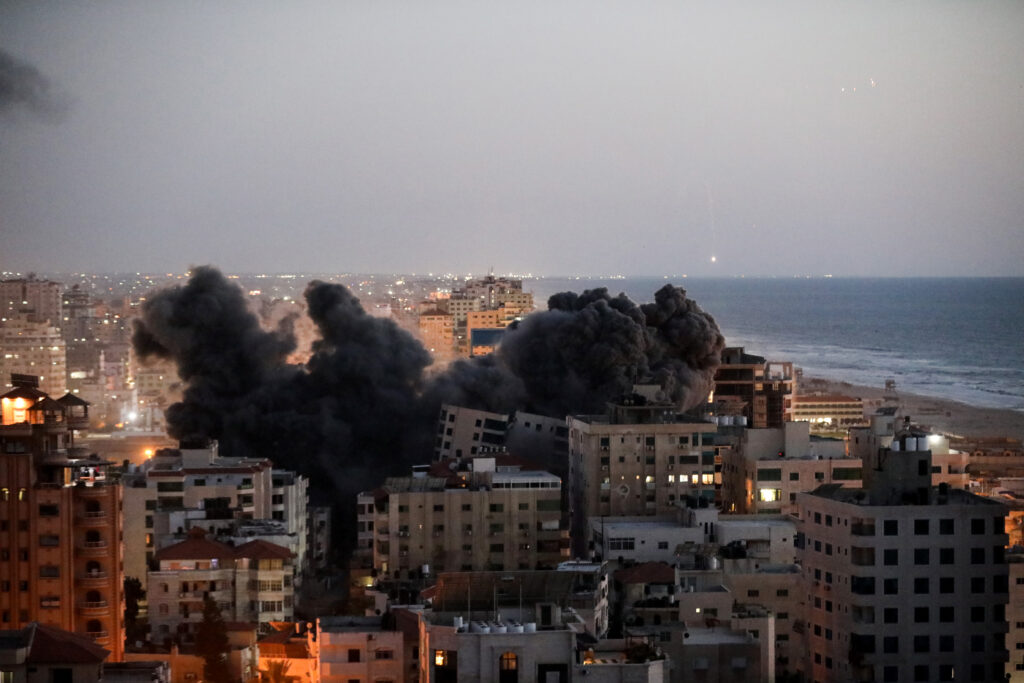 Also, 35 Palestinians were killed and 220 others injured since the start of the Israeli offensive on the Gaza Strip, according to the Palestinian Health Ministry.

Five Israelis have also been killed and 45 others injured in Palestinian rocket attacks.

In the last four days of violence against largely peaceful Palestinian protesters by Israeli forces, 840 Palestinians have been injured, according to Amnesty International.

Tensions have been running high in the Sheikh Jarrah neighborhood of East Jerusalem since last week after an Israeli court ordered the eviction of Palestinian families.