DHAKA, Bangladesh (AA): At least 52 people have been killed and 35 others injured in a massive fire that broke out at six-storey food processing factory in Bangladesh’s industry-hub district of Narayanganj, the eastern closest city to the capital Dhaka, according to official sources.

Speaking to Anadolu Agency over the phone late Friday, Brig. Gen. Md Sazzad Hossain, the country’s central fire service head, confirmed that 52 dead bodies have been recovered and around 35 workers have been reportedly injured.

“We are still doing recovery work. I can confirm you about the total death figure after the full completion of the recovery,” Hossain added.

Meanwhile Superintendent of Criminal Investigation Department Police of the district Md. Delwar Hossain told Anadolu Agency over the phone Friday evening that hundreds of workers were working at that time. “We are still recovering new dead bodies. So figure may be increased. Condition of some injured at hospital are also critical.”

Deputy Director (operations and maintenance) of Fire Service and Civil Defense Debashish Bardhan told reporters that the 49 bodies were recovered from the 4th floor of the building.

He further said the bodies were charred beyond recognition and it will be hard to identify the bodies for handover to family members. DNA sampling may be needed to match the bodies. 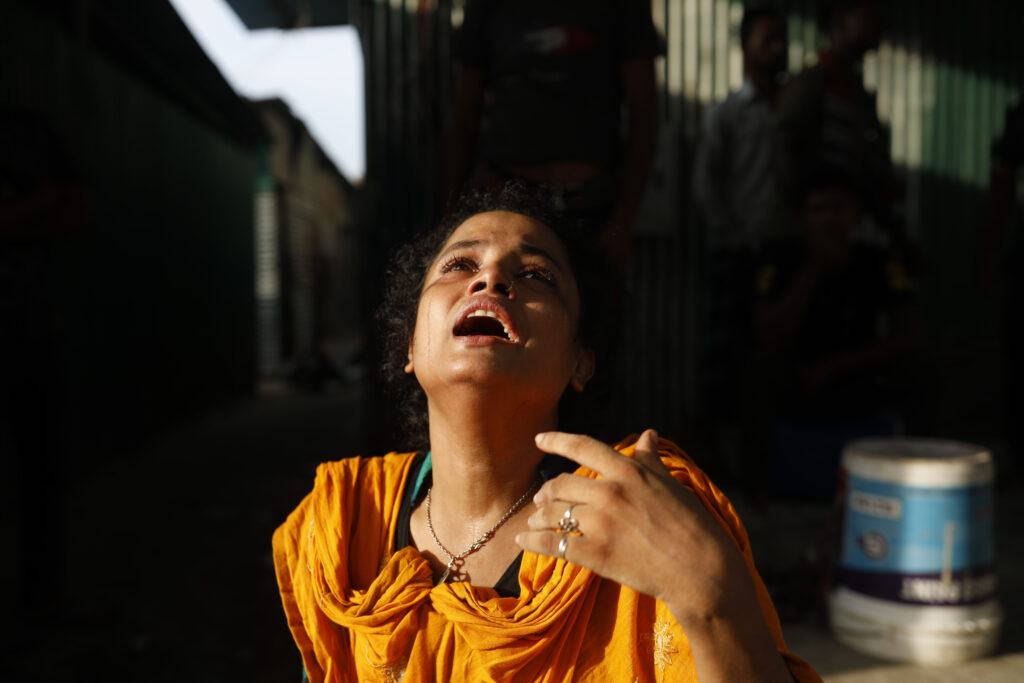 [Waiting for her missing relative outside factory of Hashem Foods, in Narayanganj, Bangladesh on July 09, 2021. ( Photograph by Stringer – Anadolu Agency]

The deadly fire occurred at Hashem Food and Beverage factory in Rupganj Thursday night and 17 units of the fire service rushed to the spot to control the blaze.

The exact reason behind the fire is still unknown while authorities will reportedly form an investigation committee soon.

“I called my senior official in the morning (on Friday) who was on the spot and he informed me that some dead bodies might be inside the building as the fire continued at the fourth and fifth floors,” the officer added.

[Photo: Smoke bellows from a massive fire that broke out in a beverage and food factory, in Narayanganj, Bangladesh on July 09, 2021 killing 52 people. Photographer: Stringer/AA]