GAZA, Palestine (AA): The death toll from Israeli airstrikes in Gaza climbed to 67 Thursday, including 17 children and six women, with 388 injured.

UK refused to condemn Israeli police attacks on Muslim Palestinian worshippers inside Al-Aqsa Mosque during one of the most holy nights of Ramadan, Laylatul Qadr, nor Israel’s indiscriminate air strikes at Gaza killing civilians.

“We completely condemn the rocket attacks from Gaza into Israel, and they are the actions of a terrorist organisation. As I said, Israel has the right to defend itself, but we have said—I have said this at the Dispatch Box and directly to representatives of the Israeli Government—that, in doing so, it must abide by international humanitarian law and must do everything it can to minimise civilian casualties,” said Government Foreign Minister, James Cleverly in Parliament.

US President Joe Biden said on Wednesday Israel “has a right to defend itself when you have thousands of rockets flying into your territory” as violence escalates.

Biden made the remarks to reporters after speaking by telephone with Israeli Prime Minister Benjamin Netanyahu, adding he hopes the ongoing conflict “will be closing down sooner than later.”

During his call with Netanyahu, the US president “conveyed the United States’ encouragement of a pathway toward restoring a sustainable calm,” and “conveyed his unwavering support for Israel’s security and for Israel’s legitimate right to defend itself and its people, while protecting civilians,” the White House said in a statement.

“He condemned the rocket attacks by Hamas and other terrorist groups, including against Jerusalem and Tel Aviv,” it said. “He shared his conviction that Jerusalem, a city of such importance to people of faith from around the world, must be a place of peace.”

A German government spokesman refused on Wednesday to condemn the killing of Palestinian children by the Israeli military in Gaza amid a mounting Palestinian death toll.

“On a day like today, our stance is very clear. The terrorist attacks on Israel must stop so that more people do not die,” Steffen Seibert responded when asked at a news conference in Berlin whether he would condemn the killing of Palestinian children in Gaza by the Israeli air force.

When pressed as to why it was so hard to simply condemn the murder of Palestinian children, Seibert replied: “I have nothing to add to what I said.”

According to a statement by the Palestinian Ministry of Health, two Palestinians were killed in Israel’s recent attacks on the region, including a child.

Heavy damage has also been recorded across Gaza’s residential areas, including the leveling of multistory buildings.

Palestinian resistance group Hamas fired a volley of rockets into southern Israel on Wednesday in response to continued Israeli attacks on the Gaza Strip. 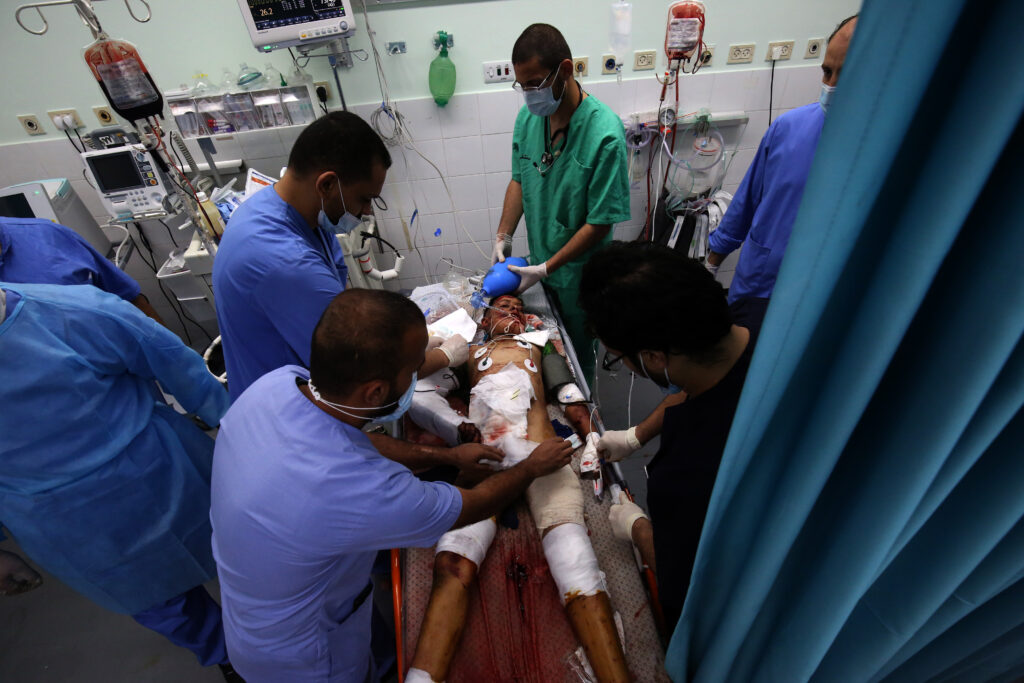 The Ezzeddin al-Qassam Brigades, the group’s military wing, said in a statement that it targeted the cities of Ashkelon, Netivot, and Sderot with 130 rockets in response to Israel’s destruction of the 14-story Al-Shorouk Tower in Gaza.

To date, six Israelis have been killed in the recent violence – five of them in rocket attacks in addition to a soldier killed when an anti-tank guided missile struck his jeep.

Hundreds of Israeli extremists launched attacks on Arab nationals on Wednesday in several cities across Israel, according to local media reports.

Clashes occurred between Israeli occupation forces and Palestinians in the central city of Lod, according to witnesses. Hundreds of extremists attacked homes belonging to Arab Israelis in Lod.

Israel imposed a curfew in the Arab-majority city of Lod on Wednesday after clashes erupted between security forces and Arab-Israeli Palestinians regarding tensions in Jerusalem and Gaza.

However, Israeli Jews were allowed to roam about in the city attacking Palestinians properties.

The roaming bands of armed Israelis follow the shooting death of a young Palestinian citizen of Israel a day earlier. The young man had been participating in a protest against the Israeli bombing of Gaza when an armed paramilitary settler began opening fire at the demonstrators, killing him and severely wounding another.

He spoke at a news conference in Moscow following a meeting with Russian Foreign Minister Sergey Lavrov and said it is necessary to seek a reduction of violence to protect the lives of civilians “who are dying in these absolutely unacceptable circumstances.”

Israel occupied East Jerusalem during the 1967 Arab-Israeli war and annexed the city in its entirety in 1980 in a move that has never been recognized by the international community.

The post Palestine: Death toll of Palestinians rises to 67, incl 17 children from Israeli attacks appeared first on The Muslim News.